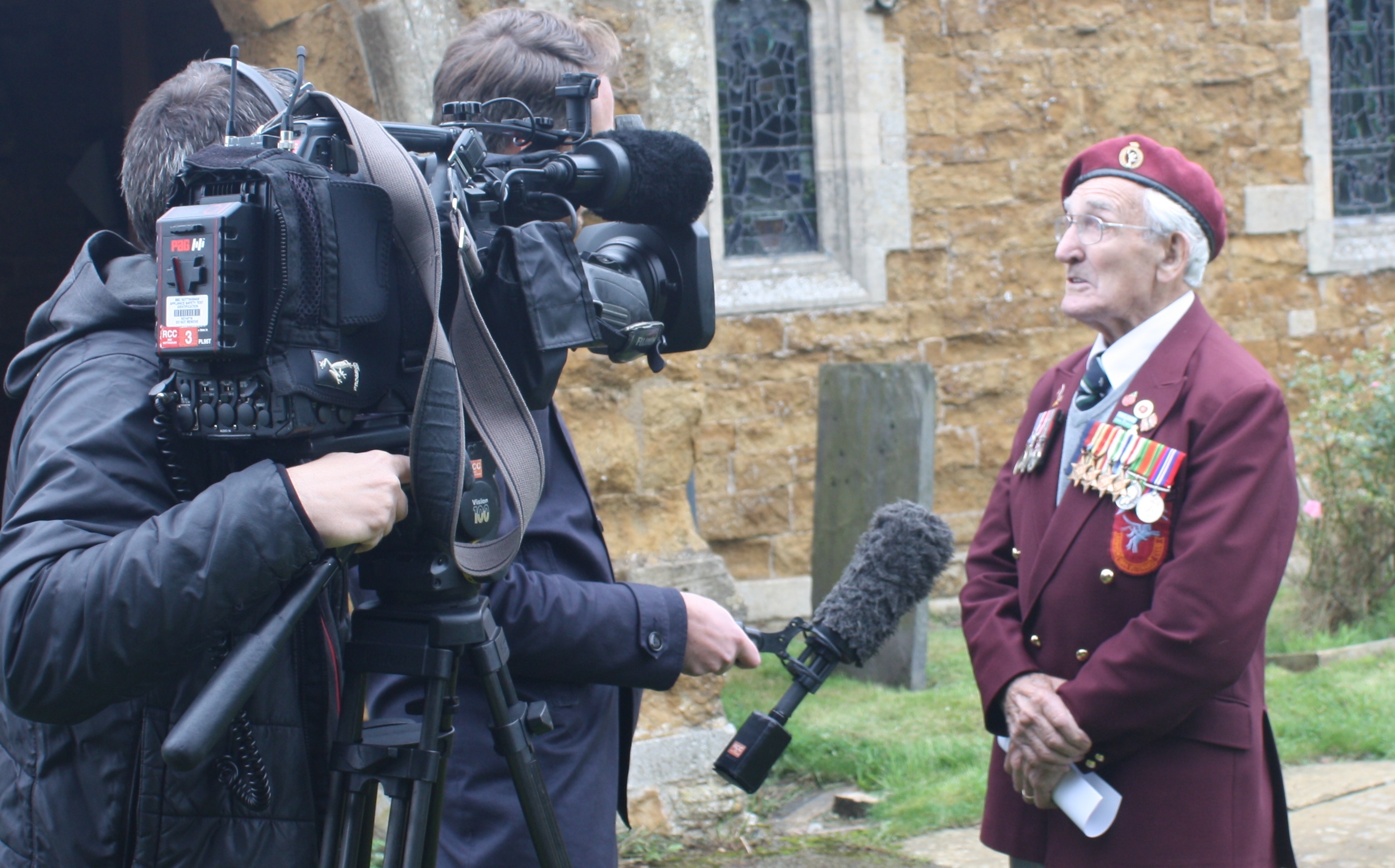 A 95-YEAR-OLD Arnhem veteran has given his backing to the appeal to raise £75,000 for a stone memorial in honour of the 10th Battalion, the Parachute Regiment.

John Jeffries attended the annual Somerby Commemoration recently before heading out to Holland to recreate the parachute jump he made during the Second World War.

A member of the Royal Corps of Signals, he decided to come out of retirement to make two drops to help raise money for charity and also remember his fallen colleagues.

Those jumps made it a particularly special Arnhem commemoration, 73 years after he was shot and taken prisoner during Operation Market Garden over Holland.

“It’s wonderful to see the 10th Battalion being remembered in this way,” he said, before taking the salute during the parade at the Somerby Commemoration.

“We were like a band of brothers, and although I was in the Royal Signals, we operated alongside the 10th Battalion and 156 Battalion, so we got to know them well.

“Though it was wartime, we shared some wonderful times together. We were all in it together and we were just trying to do our jobs in very difficult times.”

He added: “I feel slightly embarrassed with all the attention these days, but I do believe it is important that people remember what happened out there.

“I go to schools and colleges to talk informally to young people about my experiences and so creating this lasting memorial to the 10th is fitting recognition.”

Jeffries undertook his first parachute jump with the Red Devils in Peterlee to raise money for the Northumbria Blood Bikes charity before then heading out to Arnhem for the second drop which took place as part of the annual commemorations in Holland.

“At least I wasn’t being shot at this time,” he said. “I wanted to parachute into Arnhem again to remember all the boys who weren’t so lucky.

“I consider myself to be the luckiest man in the world that I was able to survive, despite being shot in the backside. I have so much to be thankful for.

“I just hope people will give generously to this Friends of the Tenth appeal, so there is a permanent memorial to remember the boys with.”