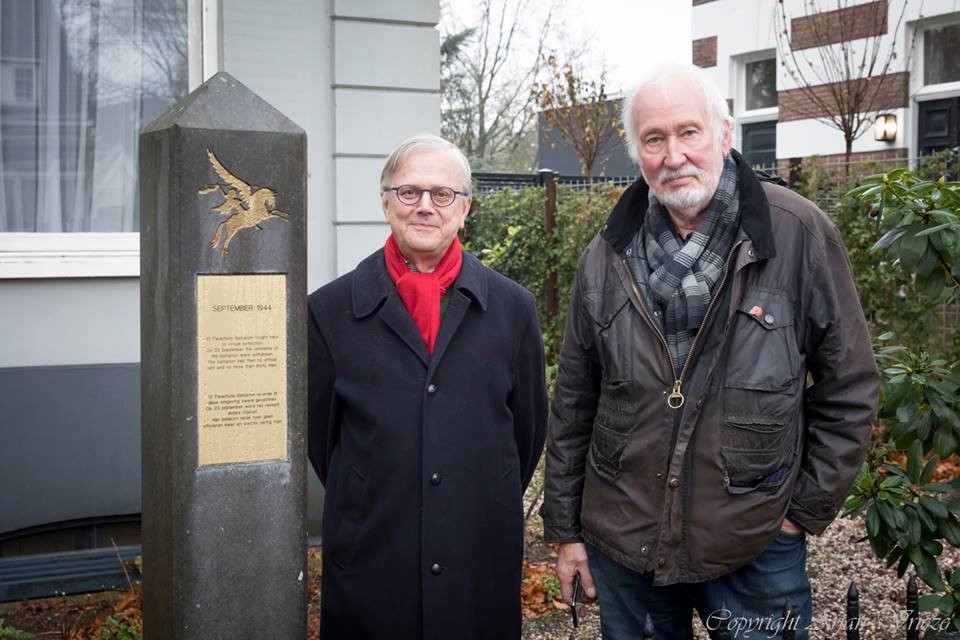 Derek Chambers, who is painting the ‘Last Stand of The Tenth’ recently travelled to Oosterbeek in the Netherlands. Derek is researching for his forthcoming painting which is to depict the final days of the battalion in its desperate stand helping hold the 1st Airborne’s perimeter before the final withdrawal across the Rhine.

Derek and his son, John, met with our Patron in the Netherlands, Robert Voskuil and with Arjan and Liesbeth Frieze.

We are immensely grateful to Derek who is donating the picture to FOTT to raise funds for our charity. We really can’t wait to see the finished result which will be of huge significance and interest especially to everyone who has served in and / or supports the Parachute Regiment.

Ultimately, we will be auctioning this important work as well as selling signed and numbered fine art copies. If you are interested or would like more information, please email alec@friendsofthetenth.co.uk

Robert, John and Derek in the famous Schoonoord Hotel, Oosterbeek, which served as a dressing station and makeshift hospital during the battle.

Outside the Old Church, Oosterbeek 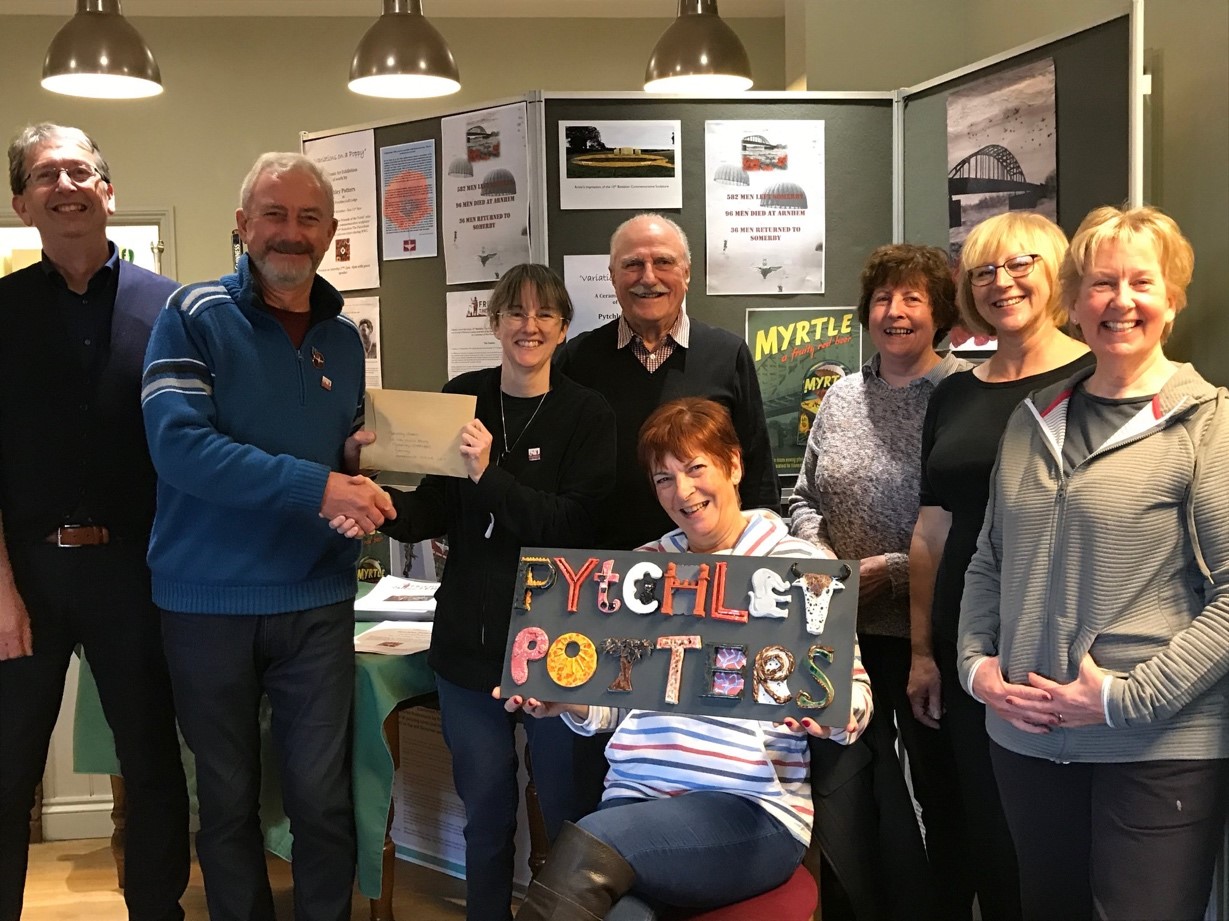 On 19th November at The Pytchley Lodge Golf Club we received £905 from the lovely, generous ‘Pytchley Potters’; Julia, John, Vanessa, Andy, Margaret and Mark. What a great group of people…not only did they spend hours of their own time making the beautiful ceramic poppies but then marketed and sold them on our behalf. A massive effort and we are so very grateful.