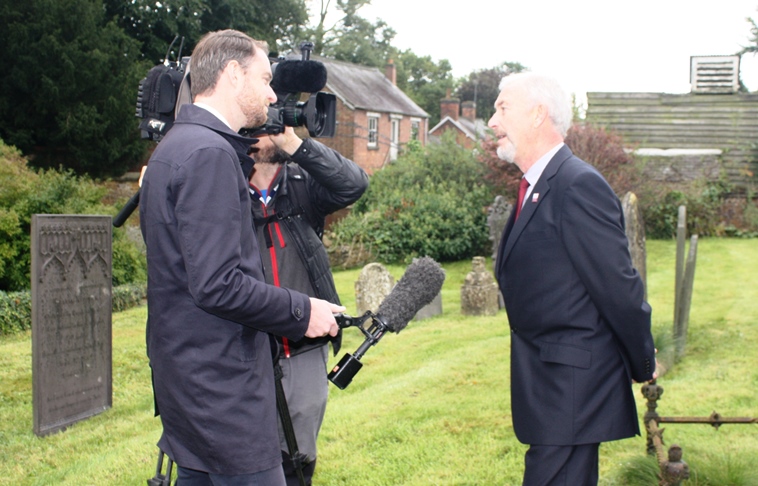 THE FRIENDS of the Tenth Appeal featured in a news bulletin on BBC East Midlands Today during the Somerby Annual Commemoration.

Political reporter Peter Saull attended the church service and parade on Sunday morning to focus on the fund-raising mission to create a stone memorial in honour of the 10th Battalion, the Parachute Regiment in the Leicestershire village.

He interviewed Alec Wilson, Chairman of the Friends of the Tenth group, and John Jeffries, the 95-year-old Arnhem veteran who took the salute at the parade prior to heading out to Holland to recreate his 1944 parachute drop.

The news item was broadcast at 6.50pm on Sunday evening and repeated again later that night. 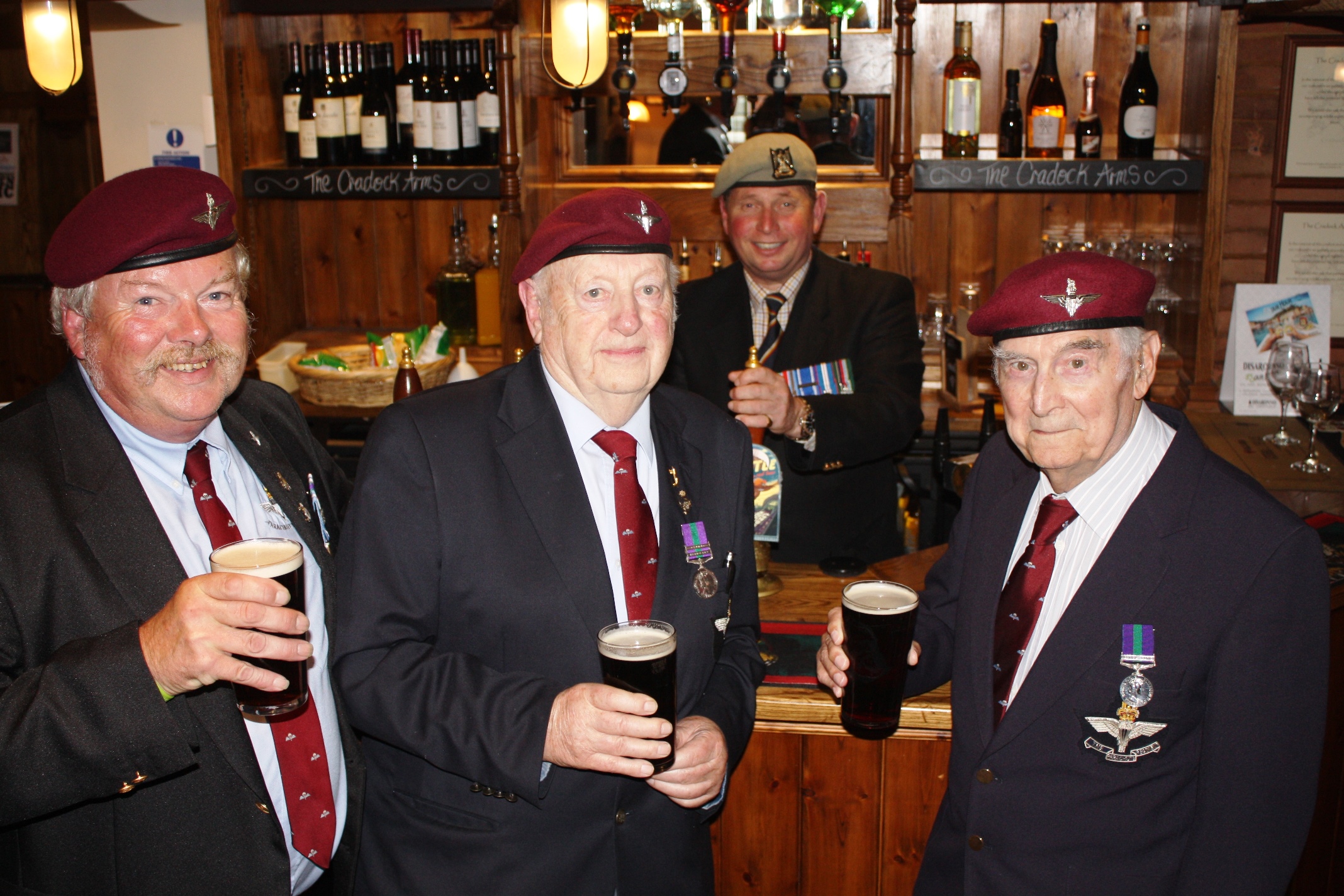 ALEC WILSON has become a regular guest on BBC Radio Leicester over the past couple of weeks . . . and his latest appearance was to tell the story of ‘Myrtle’ following Everards’ launch of a specially-brewed guest beer for the month of September.

The Chairman of the Friends of the Tenth group explained how Myrtle the Parachick became one of the fascinating tales to emerge from the 10th Battalion, the Parachute Regiment’s association with Somerby and how it is now being remembered as the theme behind the red ale which has recently gone on sale to raise money for the memorial appeal.

Once again, Radio Leicester reporter Bridget Blair was asking the questions as Alec outlined the tale of the additional recruit to the Battalion, who was parachuted into the Battle of Arnhem 73 years ago in a bag carried by Lieutenant Pat Glover.

It was broadcast on the breakfast programme presented by Jo Hayward and Jim Davis, but you can listen to the feature by going to: http://www.bbc.co.uk/programmes/p05f9sv6

Remember, that Everards have confirmed that 44 pubs have now taken delivery of ‘Myrtle’ and so it should be on sale in those establishments very soon.

For more information about those pubs, go to https://friendsofthetenth.co.uk/everards-pubs-take-delivery-special-myrtle-ale/